Just a while ago, Akshay Kumar praised India’s numero uno makeup and prosthetic designer Preetisheel Singh to the skies, calling her a “magician” with her work involving makeovers and look transformations.

Humbled and grateful for the kind words from one of my favourite actors. Thank you so much @akshaykumar its always a pleasure working with you😊❤️ #Repost @damakeuplab with @get_repost ・・・ The multi-talented @akshaykumar showers our very own superstar @preetisheel with the most amazing compliments and we cannot thank him enough 🤩🤩😍😍 Thank you @akshaykumar for your kind words 😊❤️ . . . . . . . . . #DaMakeupLab #akshaykumar #blessed #prostheticmakeup #prosthetics #prostheticartist #sfx #sfxmakeup #characterdesign #lookdesign #bollywood #bollywoodactor #bollywoodmakeup #makeupartist #preetisheel

Akshay first worked with Preetisheel for the hard-hitting film Brothers. Later, Preetisheel designed the ‘pregnant’ look for Akshay for The Great Indian Laughter Challenge. Then came the Livguard advertisement, where she transformed the actor’s looks as Albert Einstein and Bruce Lee. More recently, they got together for the much talked-about bald look of Bala for the superhit Housefull 4.

And now Akshay and Preetisheel have woven their magic once again with the latest Kurkure ad starring the actor in a triple role of son, father and grandfather. 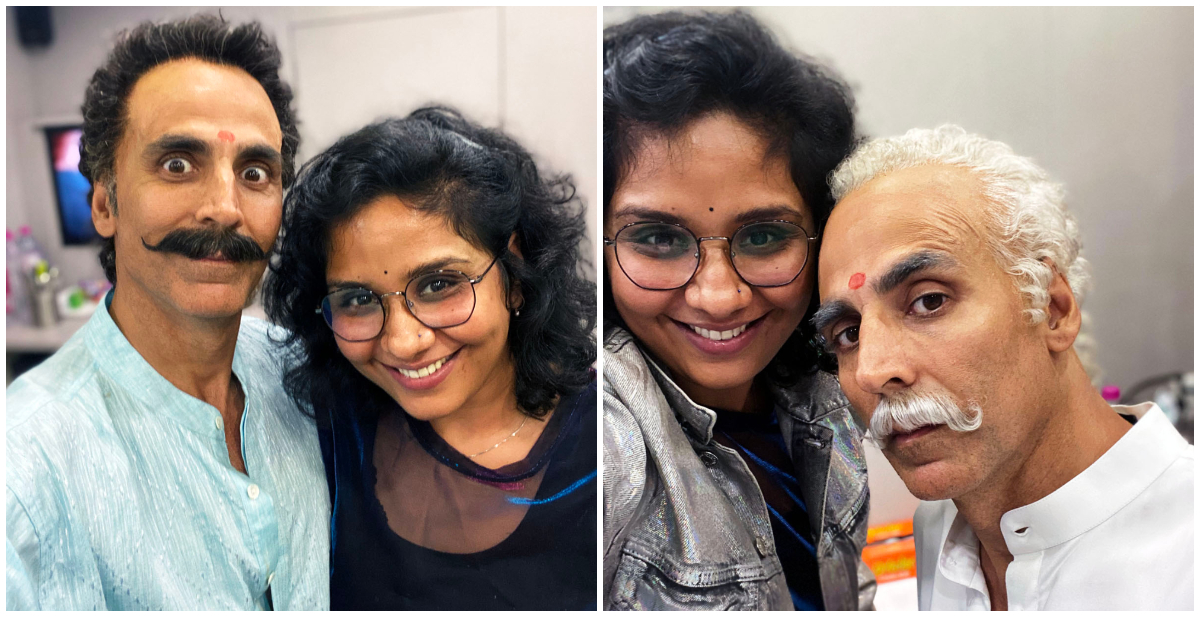 Says an exuberated Preetisheel, “Akshay is a darling to work with, as he is not only easy-going and super-talented, but extremely professional. He never fails to acknowledge my efforts too.”

The ad intelligently portrayed a tongue-in-cheek nok-jhok between the three generations, with Akshay looking extremely cute in all the three avatars, while his body-language is seen to be believed. What more can we say! Yeh Kurkure looks ki hera pheri ke hungama se mazaa aa gaya!!