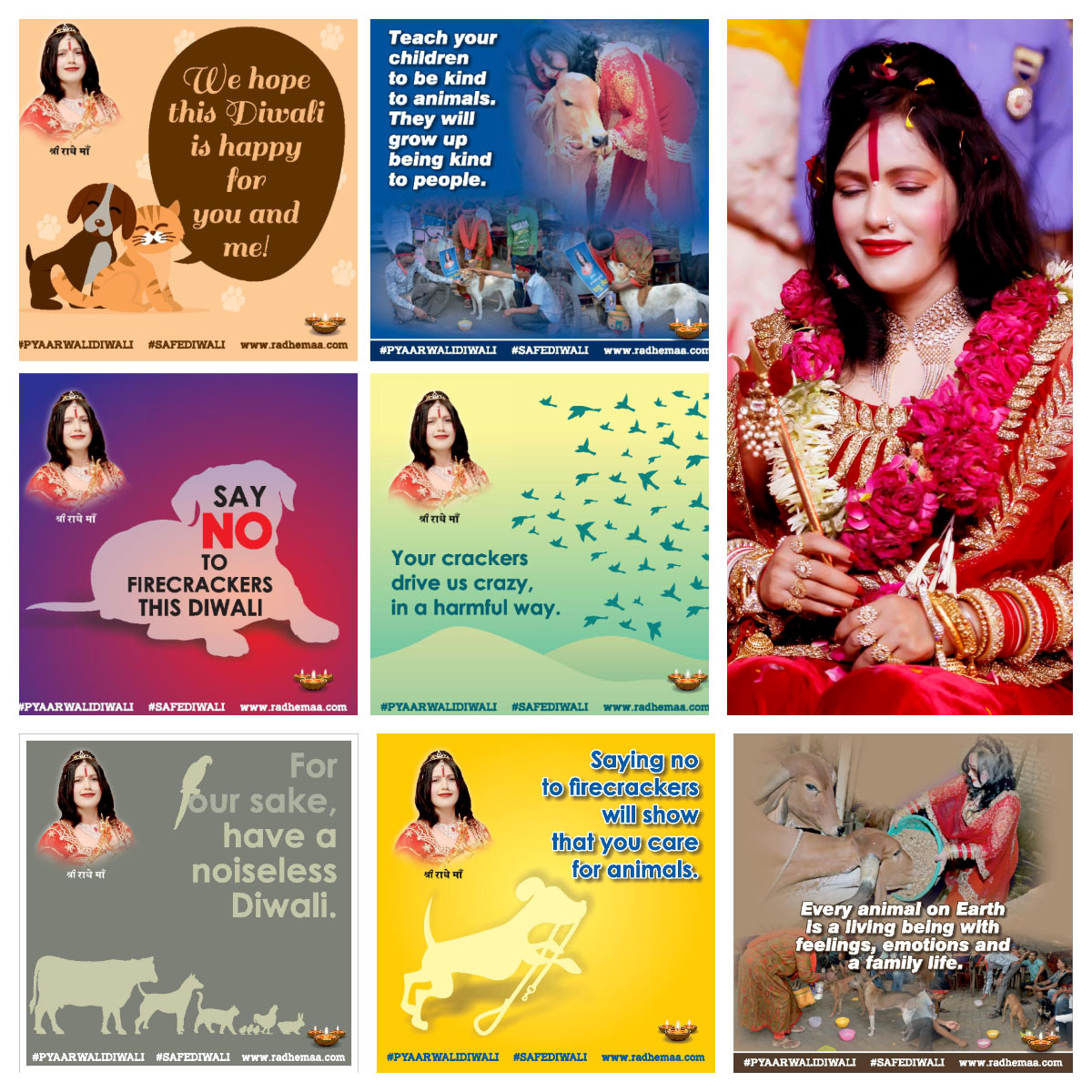 In support for the Supreme Court decision on Diwali firecrackers this year, Radhe Maa launched her own campaign ‘Pyaar Wali Diwali’ which emerged a huge success.

In and around Borivali suburb in Mumbai, where she stays, Radhe Maa propagated the cause with hoardings, posters and banners saying, “Say no to firecrackers this Diwali.” She even ran Twitter posts with hashtags #PyaarWaliDiwali and #Safediwali. 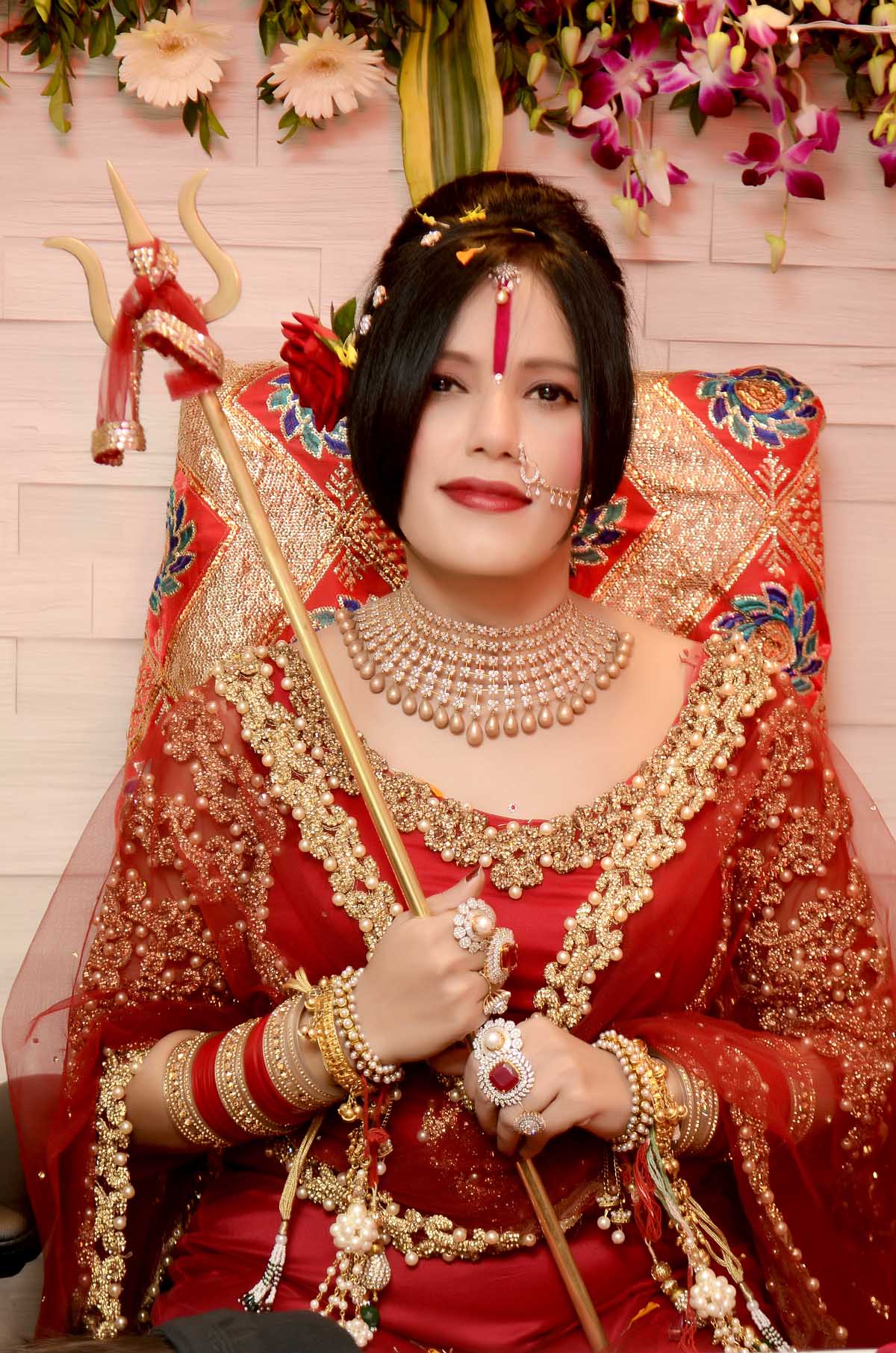 Her campaign included posters showing cows, birds, cats and dogs; pointing out how troubling it is for pets and other animals to tackle noise created by firecrackers, Diwali bombs and rockets. “Saying no to firecrackers will show that you care for animals. Teach your children to be kind to animals. They will grow up being kind to people,” read the message on her posters. Her campaign for a noise-controlled Diwali was welcomed by most residents in the city. 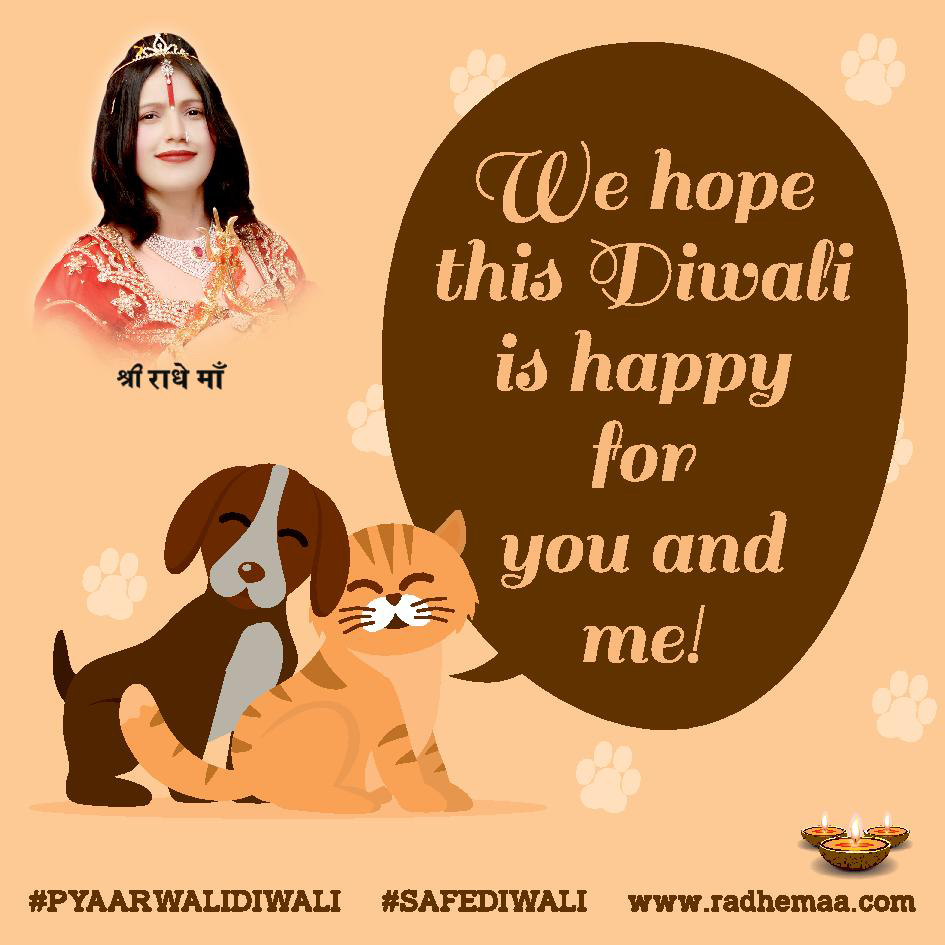 Though a thick haze engulfed Delhi after Diwali celebrations, Mumbai skies were relatively clear and the pollution and smog levels were lower than most years in the past. “It’s a significant development, but just a beginning. Much more work needs to be done by us as a society too,” said Radhe Maa. 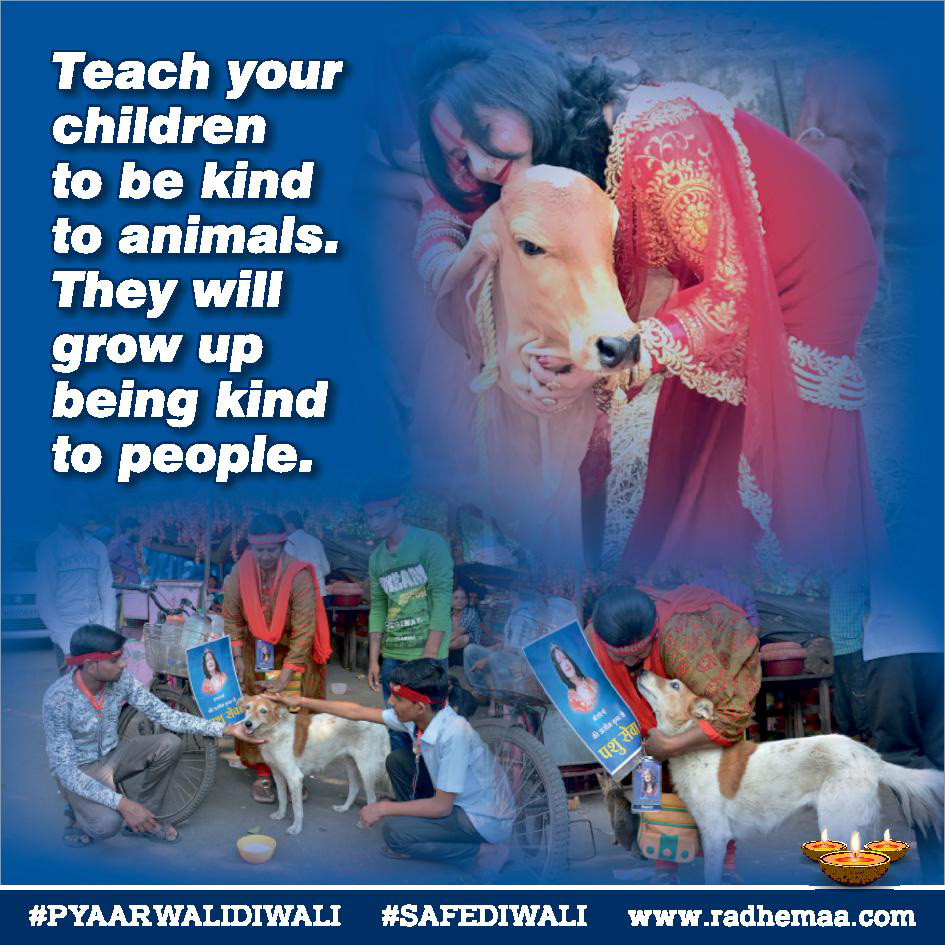 “In future, we should all take more effort and care that the two-hour time-slot for firecrackers is strictly adhered to. Also the green firecrackers initiative needs to be implemented by all,” she added. 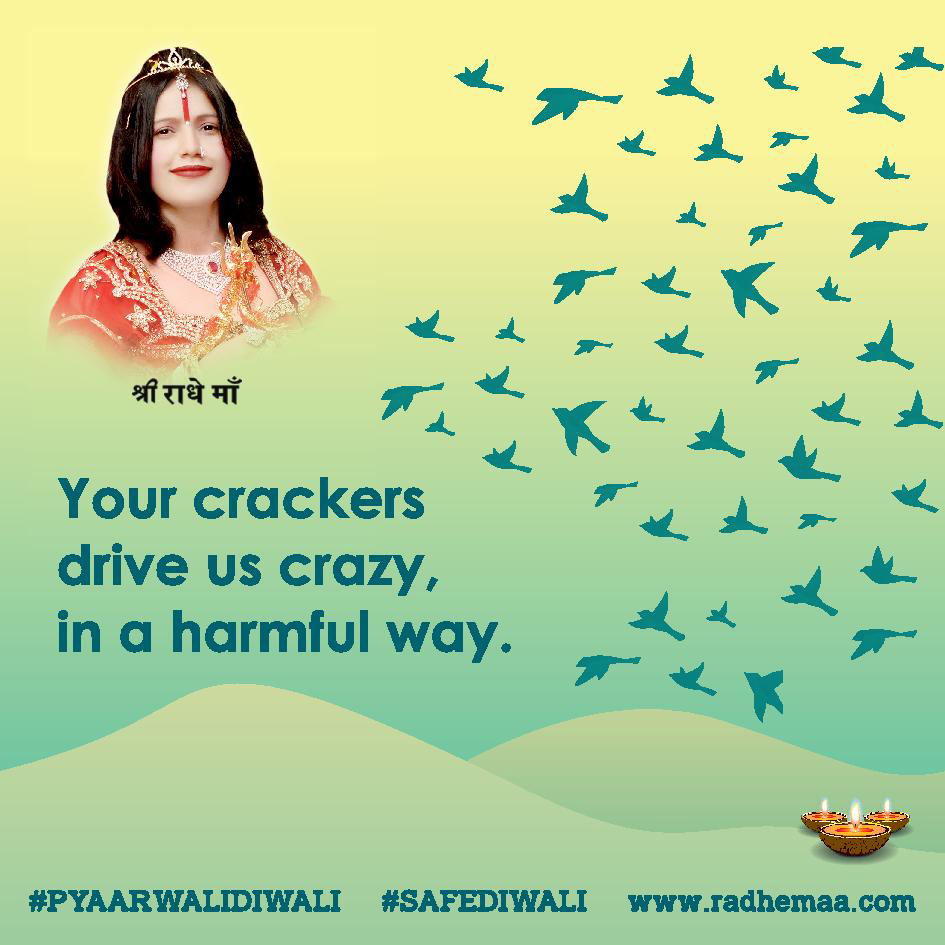 “We all have to work together to make our world a better place for us, as well as for plants and animals. Because all of this plays a major role in our ecosystem,” she concluded, promising that she will continue campaigning for reduction of noise pollution as well as for animal care. 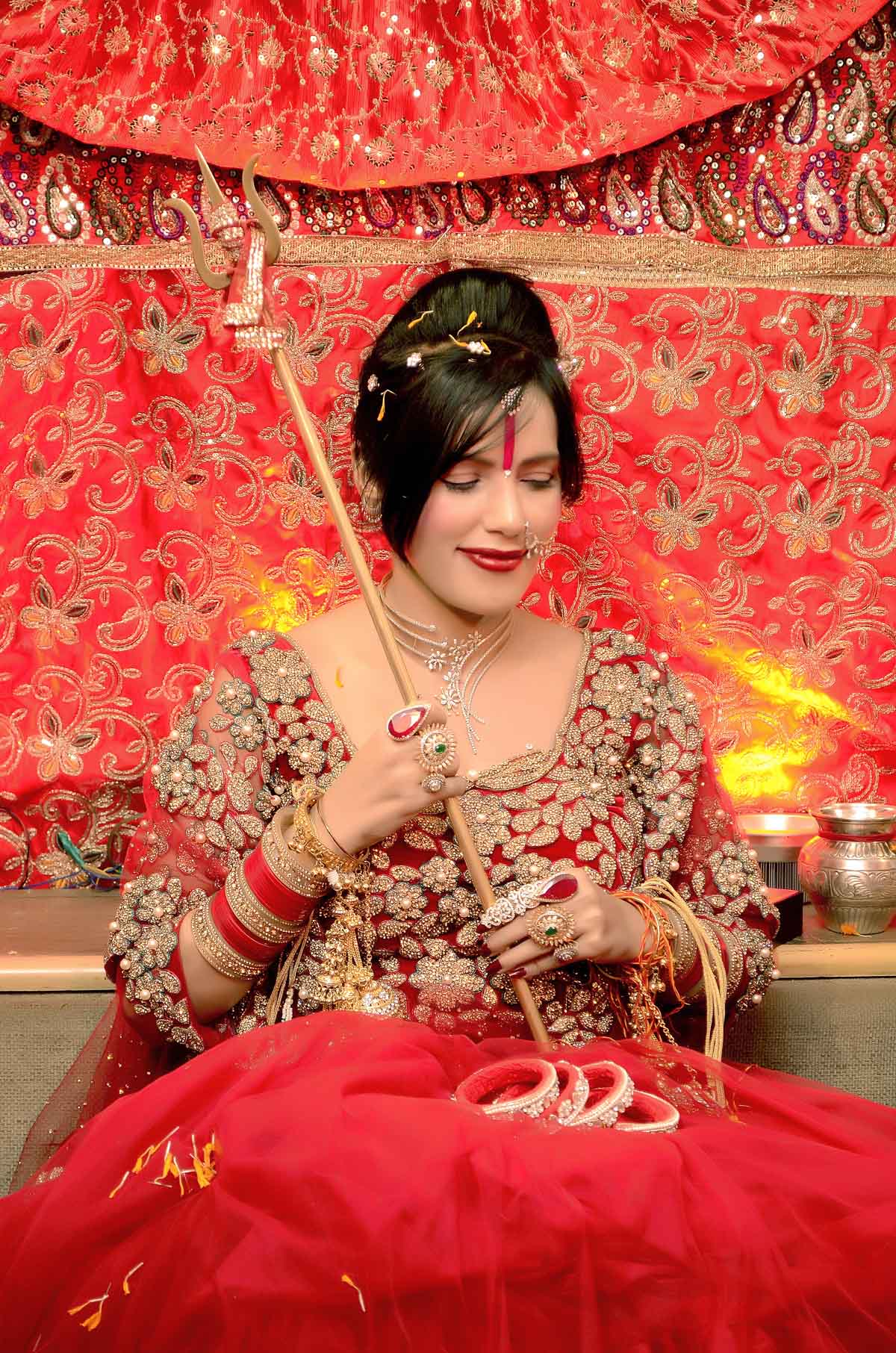