In Hollywood, we often find superheroes juggling between two identities and job descriptions. Clark Kent is a photographer with Daily Planet, but turns into Superman. Bruce Wayne is a successful industrialist who turns into Batman. 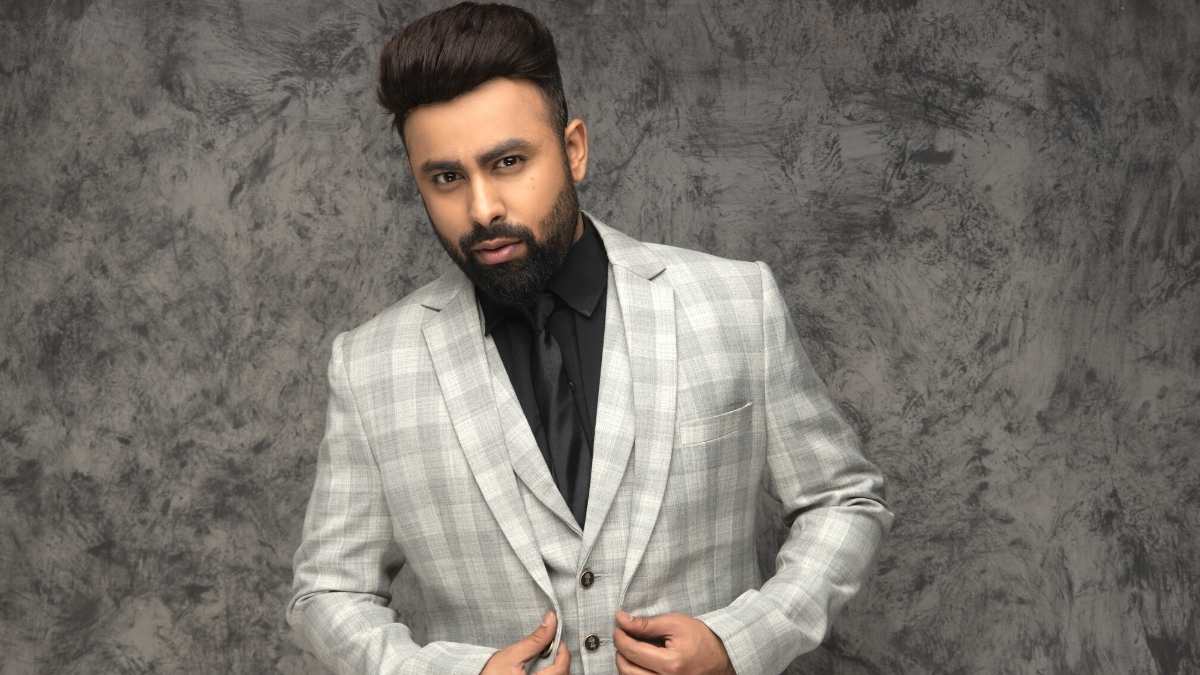 But those are stories with fictional characters interchanging personalities. One might think Monday in regular life is different. Or is it? Think twice!

We are not talking of Clark Kent or Bruce Wayne. We are talking about Samarpan Singh. And his story too is quite unique. The dude lives a life which some may dream of, but not many get to live. 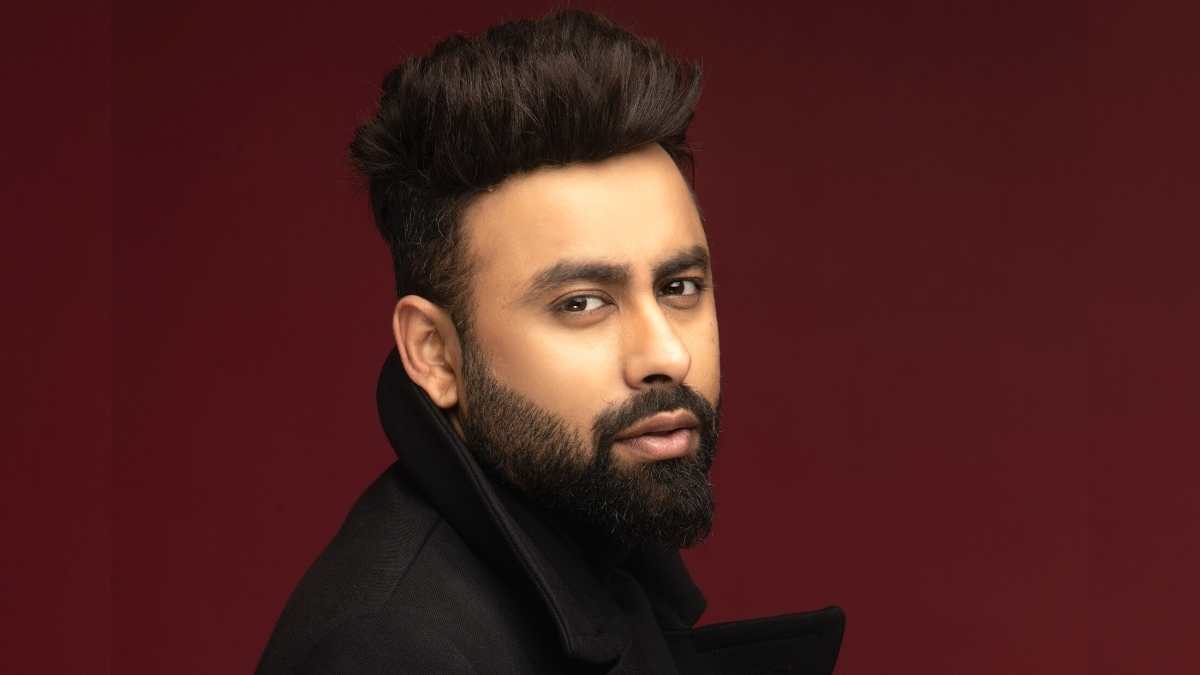 Samarpan is a doctor by profession and takes care of people in medical need. But apart from his goal of nurturing lives, he has turned a new leaf in his career in the glam profession of acting.

Starting out a few months ago, playing the lead in LuvDown, a web series which appeared on Disney+ Hotstar, Samarpan is now gearing up for a debut in movies. He will soon be seen in a Hindi feature film titled O2. 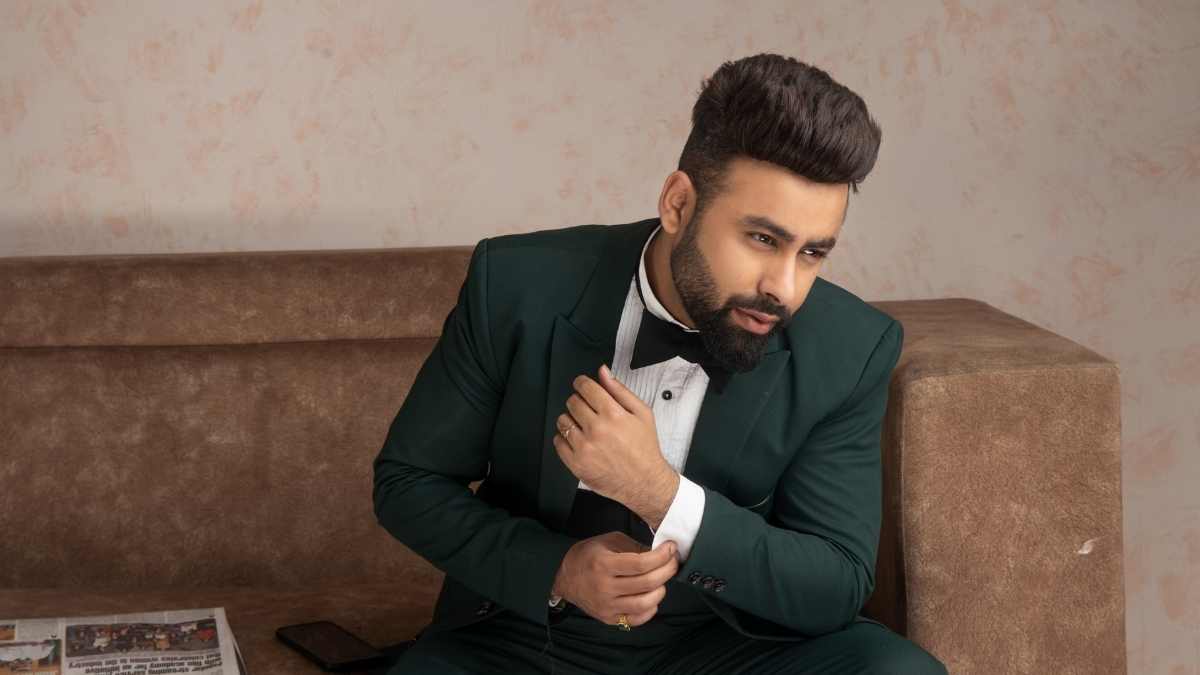 And if you are wondering what role this doctor-actor is playing in O2, let us surprise you even more! The story of O2 revolves around the plight many faced during the Coronavirus pandemic, when there was a scarcity of oxygen cylinders for COVID-19 patients.

As if echoing the noble work Samarpan does in real life, the actor plays the lead character of a doctor with the nickname of Doctor Jugaad in O2, who tirelessly works on saving his patients during the pandemic.

Didn’t we say, Samarpan has a unique life! Let’s see. How does one articulate this !?! Something like they say, having the cake and eating it too. 😉 Right?

After a news report that debutant actor Samarpan Singh’s bearded look resembled that of Shahid Kapoor’s look as Dr Kabir in the superhit movie Kabir Singh, a section of the media has chosen to carry a rejoinder. 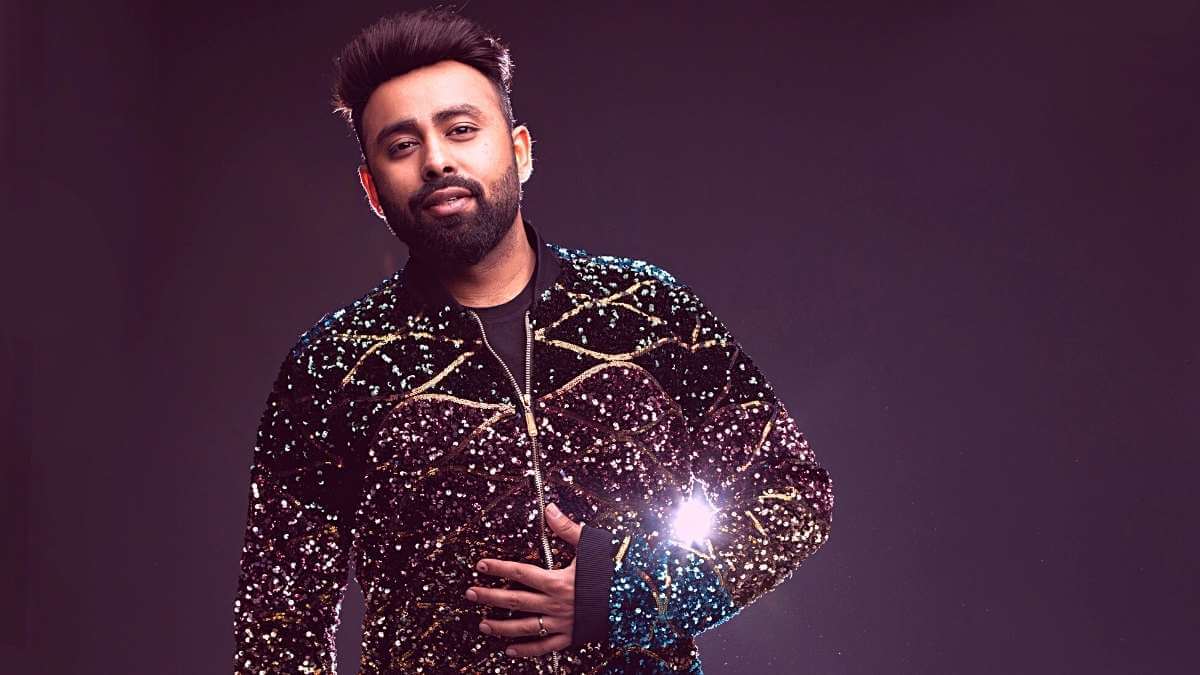 Disagreeing that Samarpan’s look resembles Kabir, the popular website India Shorts has stated that the actor’s rugged bearded suited-booted look, gait, style and attitude is closer to the look of the character of Rocky played by Yash in the more recent megahit KGF movies. 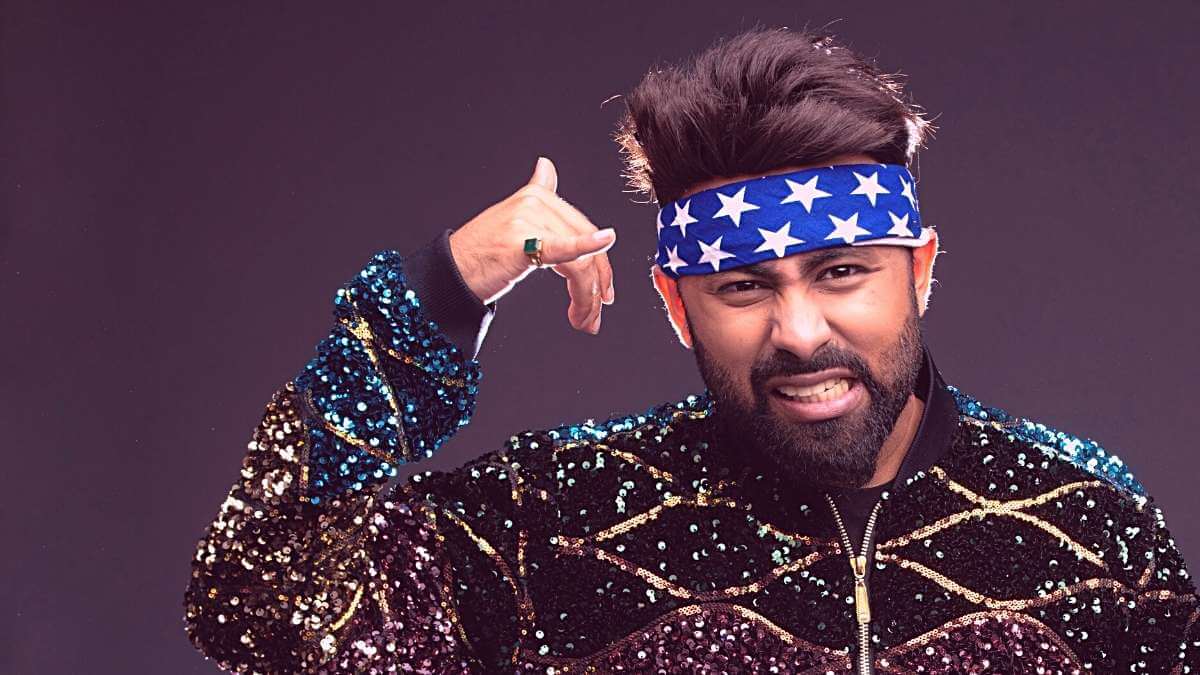 “He may be a Singh, and he may have a similar beard, and he may also be a doctor in real life. But nah, we’d say, he’s seems like stunning Rocky than crazy Kabir,” wrote the site. 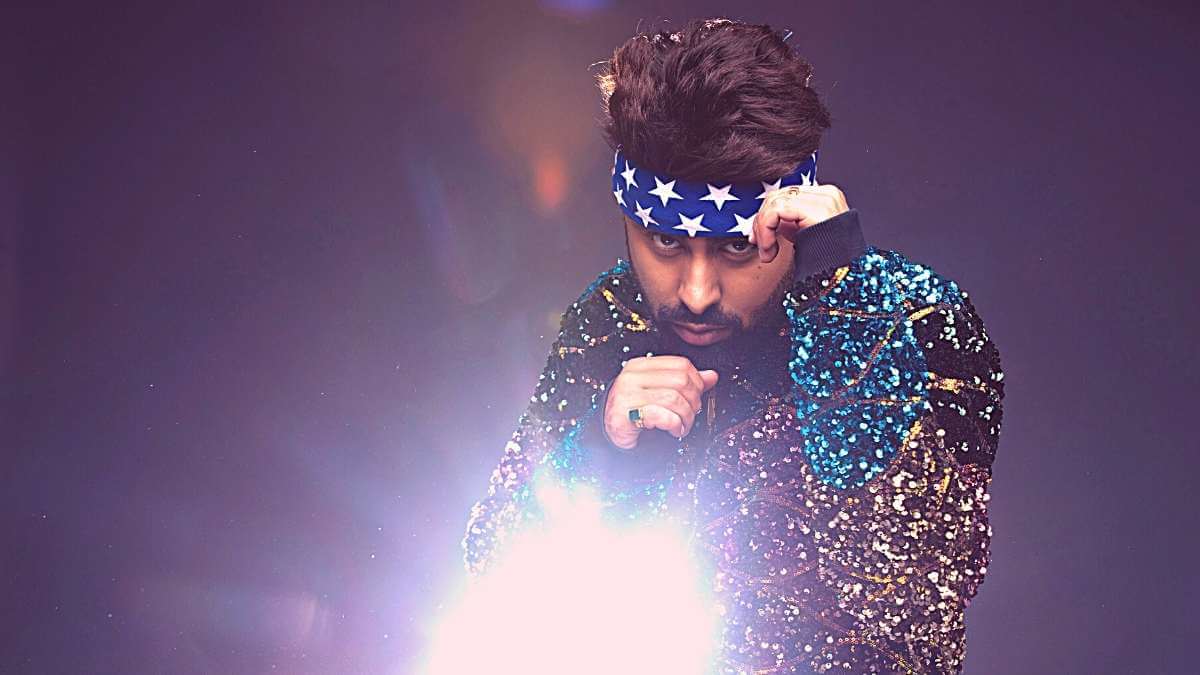 “Yash aced it in KGF, and Samarpan is more like Yash’s character Rocky than the Dr Kabir of Kabir Singh. But yes, one thing we agree on and that is — the guy makes a good choice for Bollywood roles,” the site concluded. 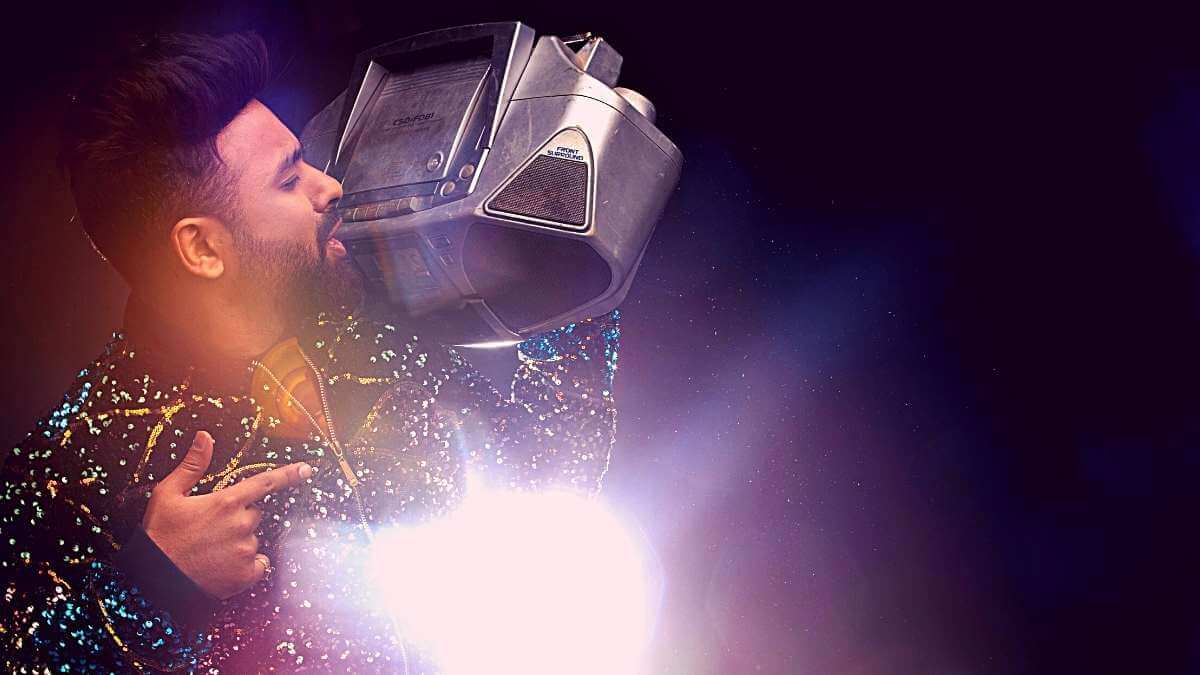 For the record, the stylish Samarpan Singh made a rocking debut with the web series LuvDown on Disney+ Hotstar. The series has been watched with appreciation and anxiety by viewers during its initial run and has got a fresh lease on YouTube. Laced with sarcastic humour, LuvDown is a rom-com revolving around the story of a couple stuck together in a flat during the pandemic.

One look at this picture and you might wonder how similar the look is to the character of Dr Kabir in the superhit Shahid Kapoor-starrer Kabir Singh.

But hold it, it’s not who you think! This young lad is actually debutant actor Samarpan Singh and he insists he is “very very different” from the self-obsessed man-child character of Dr Kabir who makes his painful way into a sort of adulthood in the movie. 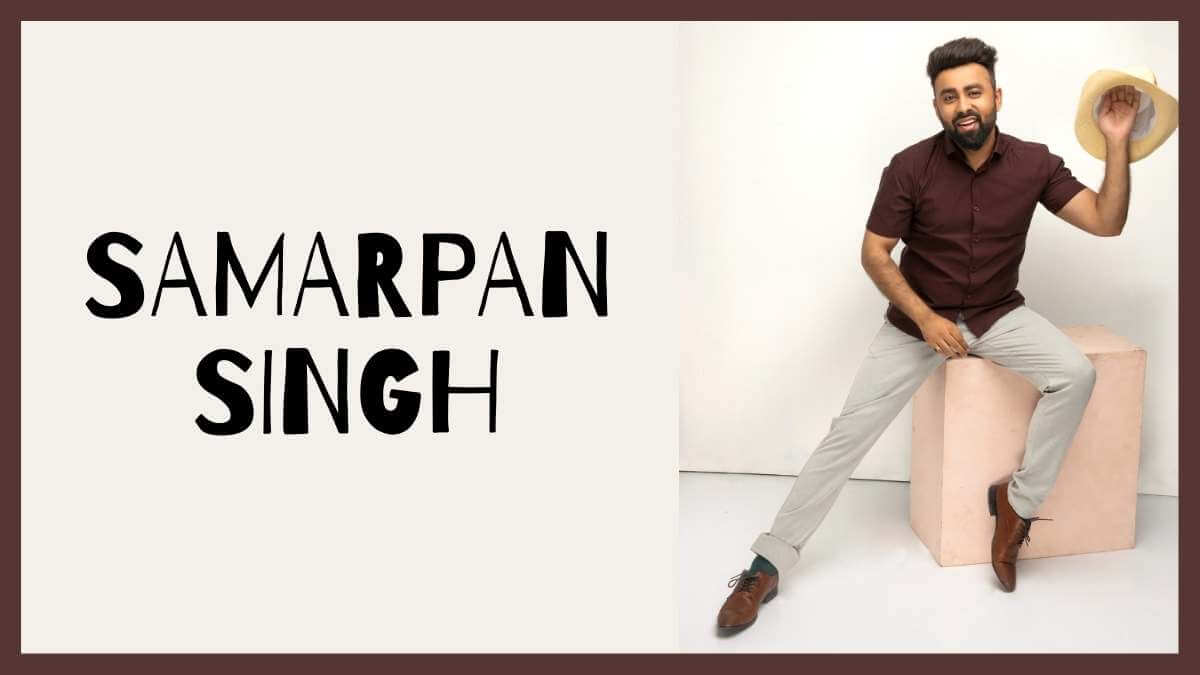 “I am nothing like that,” laughs Samarpan, who recently made his debut in the web series LuvDown. The series was watched with appreciation and anxiety by viewers during its initial run on Disney+ Hotstar and has got a fresh lease on YouTube. Laced with sarcastic humour, LuvDown is a rom-com revolving around the story of a couple stuck together in a flat during the pandemic. 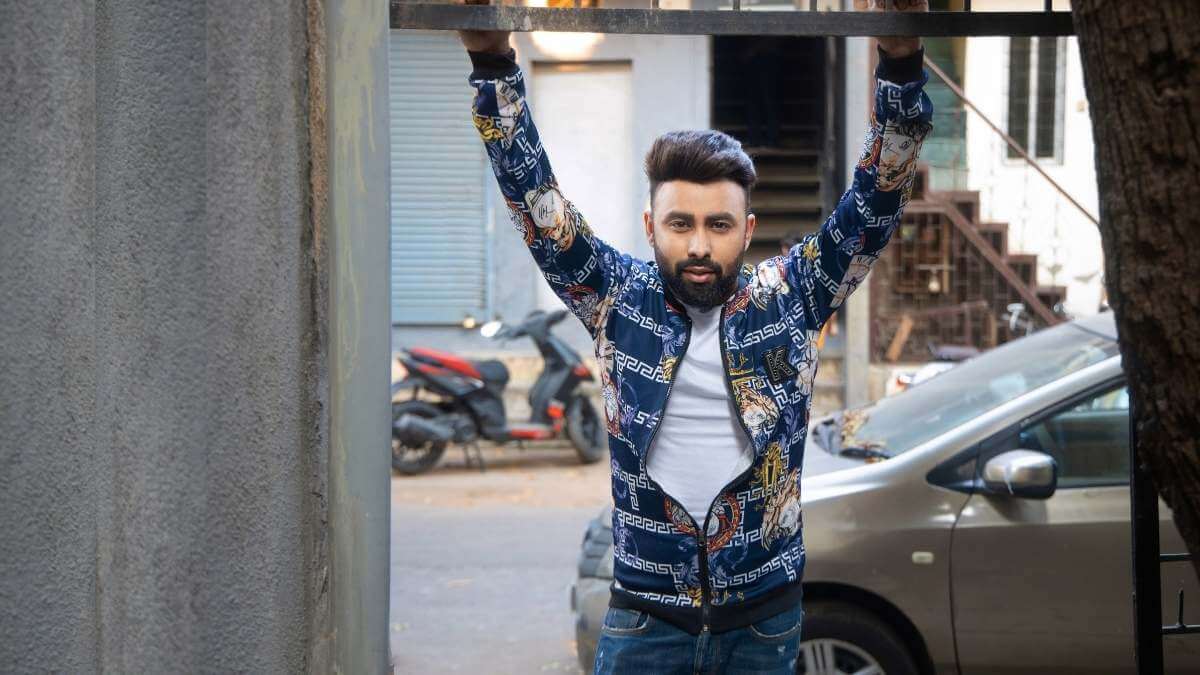 “Don’t judge me by the looks,” quips Samarpan. “I’m much more chilled out than the ultra-hyper Kabir. I don’t believe in putting a stamp of ownership on people, and my friends say that I am one of the most understanding and accommodative friends they have had in their lives,” says Samarpan.

But if there can be one thing similar to Dr Kabir Singh’s character (apart from his current look), what would that be, we ask Samarpan. “I think that would be his passion,” quips Samarpan who is actually also a doctor in real life.

Don’t be surprised if you soon see this intelligent and handsome intense-looking new talent in Bollywood. 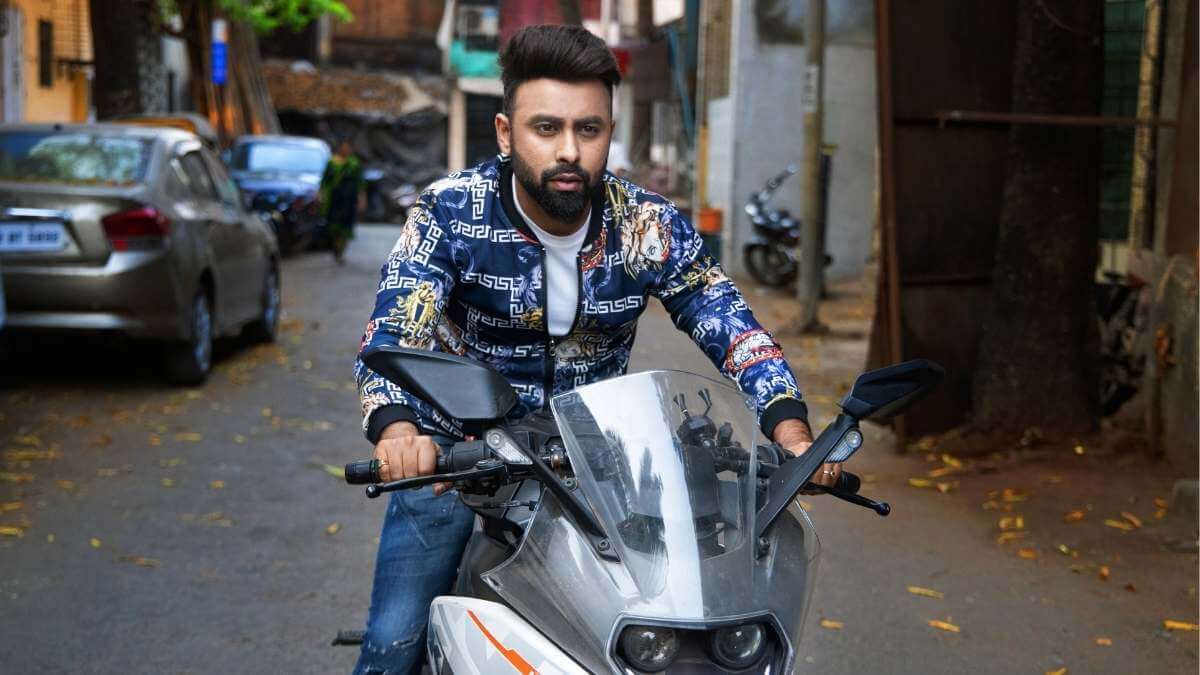 Actor Samarpan Singh is quite surprised to learn that the new Netflix film The Bubble is actually made on the subject of ‘a movie made during the lockdown’.

“I am surprised, but smiling,” says the new-age actor. “Learning about the subject of The Bubble took me back in time, when a year ago, we faced multiple challenges, shooting our web series LuvDown in a flat during the pandemic,” he remarks. 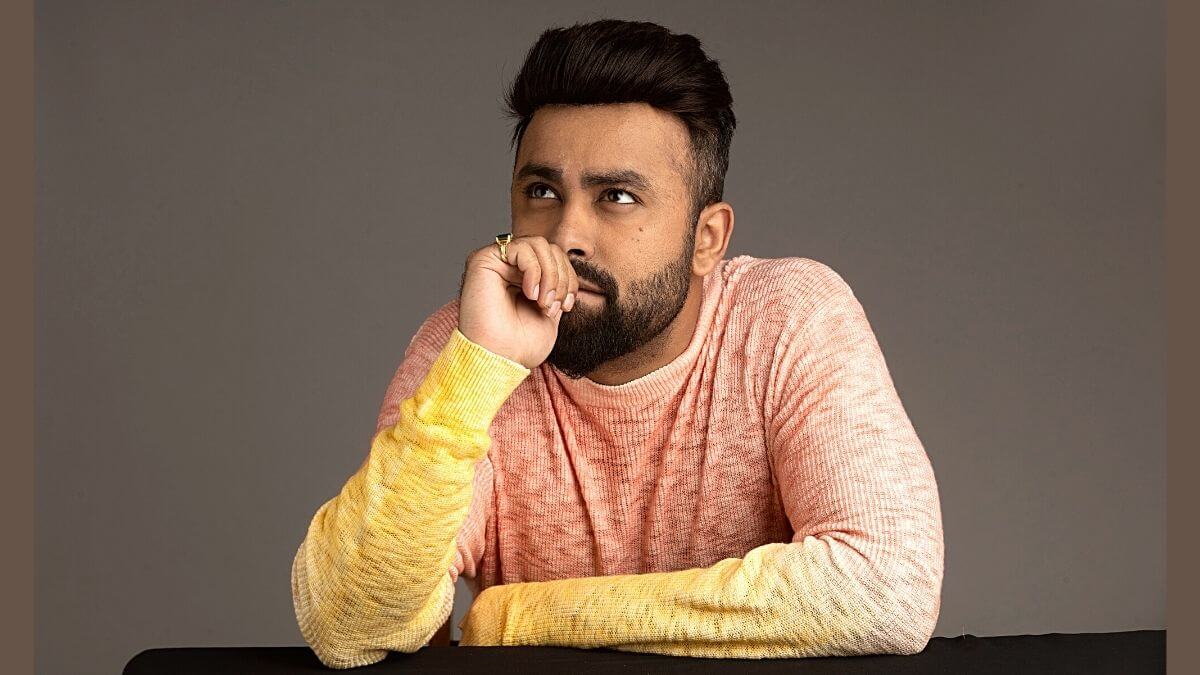 Just like this subject of The Bubble, the story of LuvDown revolved around a couple trapped together in a flat during the lockdown. “The pandemic made good and bad memories for most of us on the planet. So it’s good to see more and more filmmakers create stories revolving around the time,” adds Samarpan.

For the record, LuvDown was probably the first production on the subject of lockdowns. The web series, watched with appreciation and anxiety by viewers during its initial run on Disney+ Hotstar, also got a fresh lease on YouTube, with viewers able to sit back and enjoy the sarcastic humour of the rom-com with a nostalgic smile. 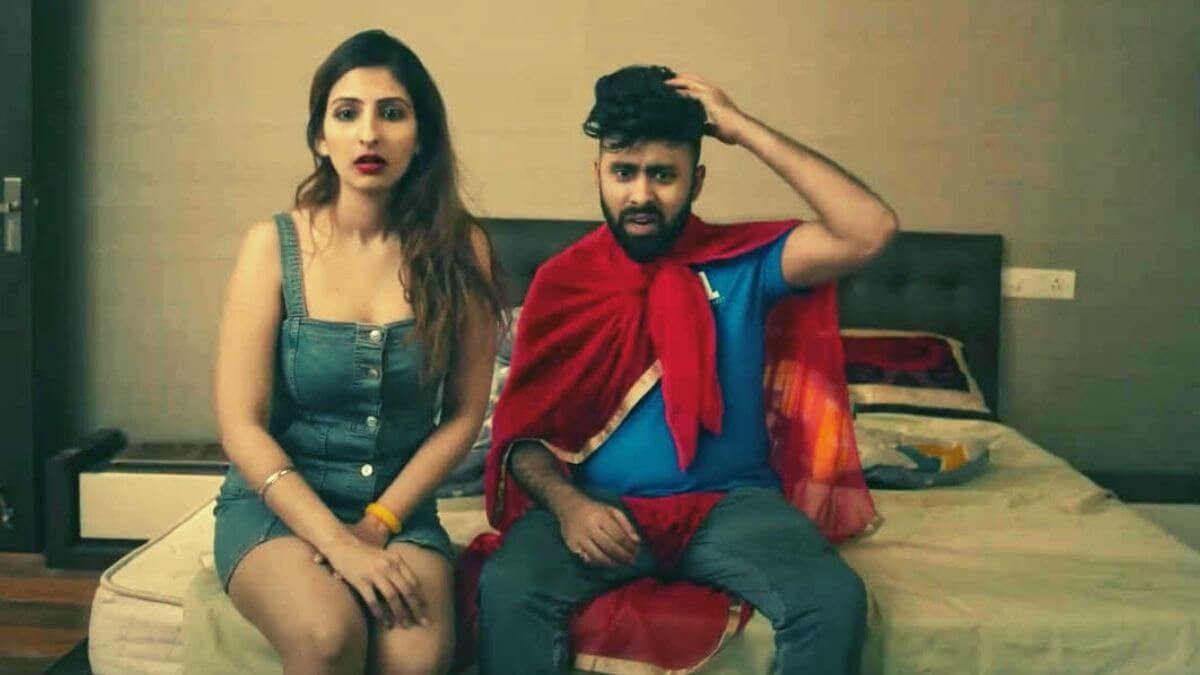 After the series, Samarpan has signed up for a Hindi film and will also be seen in a music video soon. He is looking forward to more work in Bollywood. Going by his steady climb in the film industry, we wouldn’t be surprised to find him bagging some plum Bollywood projects in the near future.

When debutant actor Samarpan Singh made a mark with his performance of the quirky lead character of Bunny in the love v/s lockdown web series LuvDown, many were busy dealing with the nitty-gritties of the harsh situations of the pandemic. But as the junta and acting fraternity settles in normality, Samarpan’s cool dude presence and acting abilities have again come to the fore. 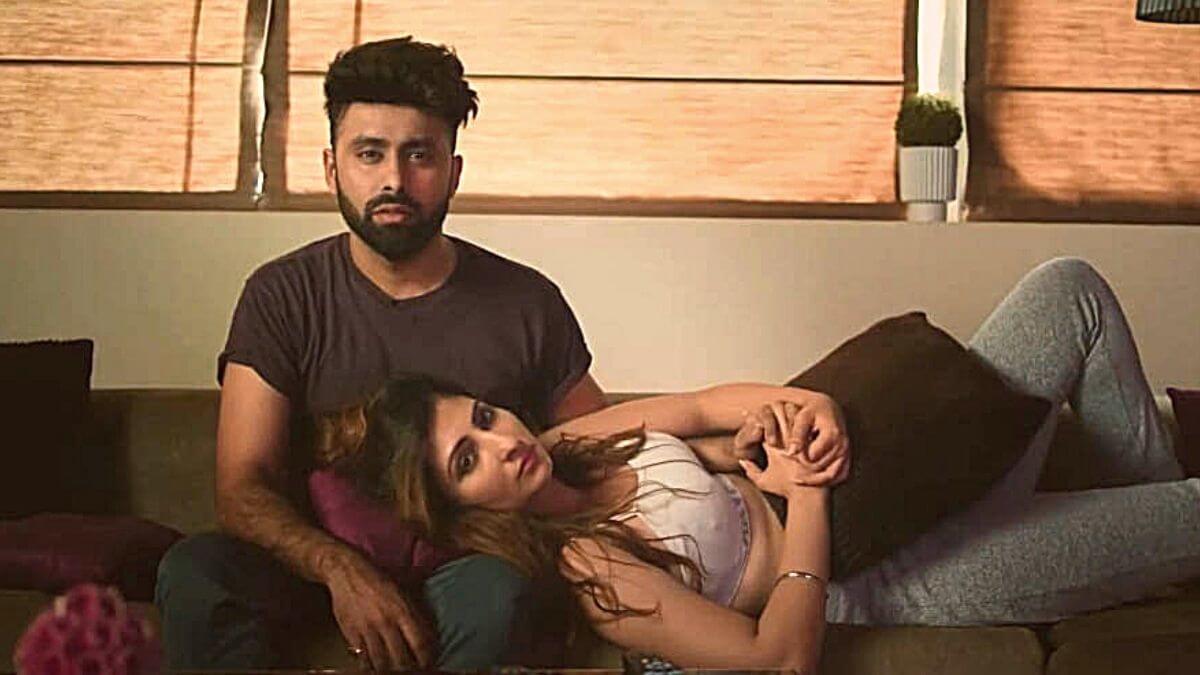 The LuvDown series, watched with appreciation and anxiety by viewers during its initial run on Disney+ Hotstar, is now getting a fresh lease on YouTube, with viewers able to sit back and enjoy the sarcastic humour of the rom-com with a nostalgic smile.

Samarpan says he is grateful for the renewed attention he and the series is getting. “It’s been an overwhelming experience,” remarks the actor. “First, we had to face untested challenges by shooting the series in the times of the pandemic, when everyone was scared and skeptical. And now, with a fresh round of enthusiasm about it, it feels surreal. I never thought I’d get such attention with just one project,” he adds.

LuvDown revolves around the relationship of a long-distance couple who has lived apart for eight months, but suddenly finds itself under the same roof due to the lockdown. The story starts with the bubbly Jaan (Amrit Kaur) visiting Punjab for work in early March 2020. Unknown to the pandemic outbreak that would follow, Bunny (Samarpan) calls over Jaan to spend their long-due quality time. But just as they engage in some happy times, the Prime Minister announces a 21-day lockdown! Now, what seemed like a bed of roses to the couple, suddenly has the potential trappings of a nightmare.

After the success of the series, Samarpan is looking forward to more acting assignments. The actor has been signed up for a Hindi film as well as a music video to hit the market soon. It would be interesting to watch where the tide takes this new talent on the block.