Skip to content
HomePreetisheel Singh transforms Nagarjuna into a grandfather 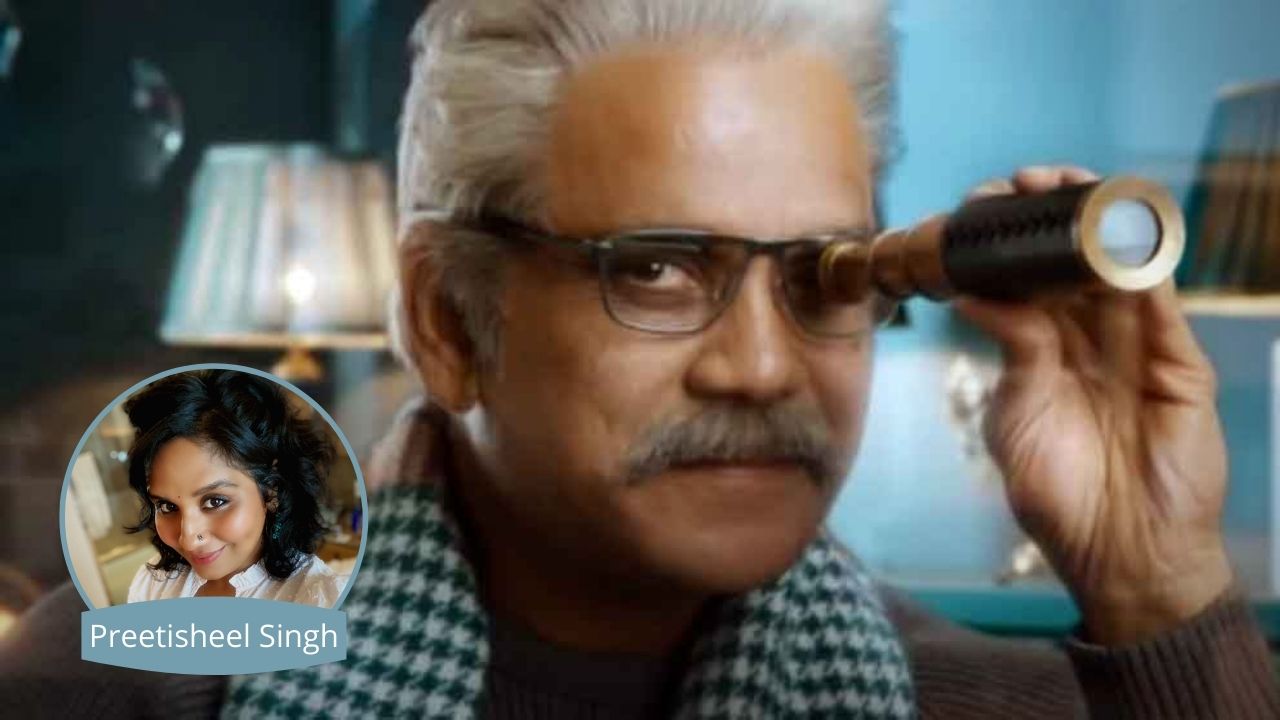 Makeup and prosthetic wiz Preetisheel Shingh who has earlier curated transformational looks for movies such as Bajirao Mastani, Padmaavat, Chhichhore, 102 Not Out, Mulk, Thackeray, Bala and Housefull 4, has designed a unique grandfather look for Southern superstar Nagarjuna for the promo of Telugu Bigg Boss.

The new promo video of Bigg Boss 4 Telugu released by Star Maa shows the show’s host Nagarjuna in the getup of an old man. Replete with a mischievous charm, Nagarjuna’s look has increased the expectations among fans.

Just in the way Bigg Boss cameras catch everything 24×7, the promo shows Nagarjuna doing his bit with a telescope, looking closely at something. The clip is followed by Bigg Boss Telugu’s new theme music and a coming soon card. It is reported that the contestants will be in quarantine for 14 days before entering the Bigg Boss House. A COVID-19 test will be performed on them to ensure everyone else’s safety.